« Every nurse should have a flashlight app     Don’t know if you have an Android phone? You’re not alone. »
Smartphones are now more affordable than ever 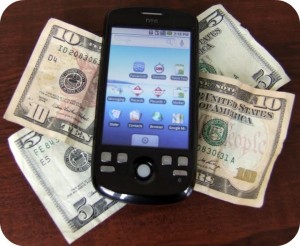 The jury is still out on whether personal smartphones (iPhones, Android phones, and Blackberries) are going to be welcomed as on-duty tools for nurses working in hospital settings.

Many hospitals have banned nurses and support staff from carrying or using any type of cellphone in patient areas.  I’ve heard from hospitals where inappropriate use by a few, such texting or Facebooking in front of patients, has resulted in phone bans for all.  I’ve also been told that bans have been instituted at other institutions due to concerns about smartphone cameras being used to violate patients’ privacy.

On the other hand, some hospitals are adopting smartphones as part of their standard-issue kit.  One software company, Voalte, sells a system that centralizes all voice, alarm, and text communications ontoiPhones.  Voalte currently has installations in several states including California, Florida, Hawaii, and New Hampshire.

I do hope that, eventually, common sense and appropriate use policies will prevail.  Smartphones have enormous potential both as communications devices and for giving access to reference and training materials.

But, whether or not you have been thinking about using a smartphone for work, you may have been considering getting one for yourself or, this holiday season, as a gift for a loved one.  In the past, my big knock on smartphones as gifts was the ongoing cost of the data plans which, depending on the cell phone provider, were usually $30-$40 or so a month extra on top of whatever other plan costs you had with a feature phone.

But recently, and fairly quietly, both AT&T and Verizon have instituted tiered pricing for data plans.  This means that entry-level smartphone users can now pay as little as $15 a month extra and only pay more as your usage moves up.  You’ll have to check the carrier’s website for what your actual costs would be if you got a phone today.  Costs seem to vary by geography and, almost, by day of the month — the prices for the phones themselves and for the service plans are, at best, ‘highly dynamic’.

For what it is worth, both AT&T and Verizon provide online calculators to help you decide how big a data plan you need to buy to start with.  Check out AT&T’s here and Verizon’s here.

So, if data plan pricing has been an issue for you in the past, it may be time to look at smartphones again now.  On the other hand, if you are a Verizon customer and really want an iPhone instead of a Blackberry or Android phone, you may want to hold off just a bit longer.  The rumors of Verizon offering an iPhone sometime early in the new year are strong and growing; reality may not be far behind.