« How to download an Android app     Know a chemistry student (or instructor)? »
Brad Pitt as a Quantum Leader 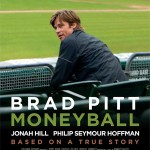 I experienced a tidy patch of synchronicity recently.

First, I worked my way through the Crisis Management chapter in the Quantum Leadership book I’m reading. Second, I went to see Moneyball, the new Brad Pitt movie about baseball.

Quantum’s take on crisis management is, essentially, “Get used to it. Get better at it. Stop thinking of it as something you only do from time to time.” The authors point out that health care organizations have long done effective planning for all sorts of crises: natural disasters, epidemics, and the like. But they haven’t been so proactive about slower moving crises generated by changes in their business ecosystem. Such game-changers can be technical, regulatory, or financial; they share the characteristics of being unplanned and unpredictable but are hardly unexpected.

So the leader may not know WHAT is going to create the next crisis but she can be certain one or more crises are usually bearing down. Quantum’s authors argue that health care leaders should become skilled in what they call “environmental scanning.” But the authors admit that, in practice, most leaders don’t see the train wreck coming at them until a ‘trigger event’ occurs.

Which brings us to Brad Pitt and baseball.

When Moneyball opens, it’s the early 2000’s and Billy Beane, General Manager of the Oakland A’s, is dealing with a crisis. His trigger event isn’t a losing season; it is a winning one. His ‘small market’ franchise has a better year than expected, gets into the playoffs, and loses in honorable fashion. Then, in a devastating blow, it also loses three star players as free agents to richer teams who can pay much more.

Faced with the hard fact that he doesn’t have either the money to hire effective replacements or the time to groom new stars from his farm teams, Beane realizes that the game of baseball has changed out from under him. If he tries to play it the same way as the rich teams, his club is destined to be a perennial bottom feeder. But, if he can find a way to minimize the effect of money on his player recruitment process, his franchise may still have a chance.

I found the whole movie delightful. It was a bit light on how Beane gets from his realization to his solution: using statistical analysis to build a team out of players that are ‘under-valued’ on other teams. On the other hand, it was fast-paced and funny and the dialog was great.

Quantum’s authors would probably give Beane high marks on vision and synthesis: how well he understands the extent and the gravity of the change facing him and his willingness to take bold, high-stakes action to break out of an old, failing mold.

They’d mark him down, though, on execution — on getting his organization to go along with his new system. In fact, Pitt’s character is almost willfully bad at this. He puts no effort into explaining to his old-time scouts what he’s now looking for in players and why. He fights a bitter and extended turf war with the guy who is responsible for making the new players work together as a team, rather than ever taking the time to sit down and explain what’s up.

The new system doesn’t even work until Billy gives up on his long-held tradition of staying aloof from his players. But once he starts talking directly to the players about what they need to focus on and how they need to be approaching their jobs, things start to click. It turns out that, in baseball as in health care, how policy is translated into execution on the front lines is what really counts.

One Response to “Brad Pitt as a Quantum Leader”